Our commitment to Equal Housing for all As active members in our industry, we are all too aware of the role the real estate industry played decades ago in blocking homeownership opportunities for minority and low-income families.

In a recent Facebook post ACTS Housing said the following. “Redlining is a term that describes the discriminatory practices of denying minority populations access to equal loan and housing opportunities. Emerging in the 1930s, redlining was embraced in the real estate and lending industry for decades and shaped the social landscape of Milwaukee.

“In the 1930s, the neighborhoods now known as Halyard Park, Hillside and Haymarket neighborhoods were given a red rating. This practice made it nearly impossible for black families to obtain a home loan, and therefore unable to build equity and wealth. It contributed to a vicious cycle of generational poverty.”

As a result of those prior practices, today the Federal government’s Fair Housing Laws prohibit discrimination based on race, color, sex, national origin, religion, disability, or family status. One of the most inclusive and strongest in the country, Wisconsin law identifies five additional illegal discrimination practices beyond those of the Federal government: ancestry, marital status, age, sexual orientation, or lawful source of income.

U.S. Census data shows that while 40.9 percent of Milwaukee’s population is African American, just 23.7 percent of owner-occupied homes in the City of Milwaukee are African American. This is why we feel it’s important to reiterate that we remain committed to honoring all laws prohibiting housing discrimination. Both as a company and as individual agents, we practice the highest ethical standards…even beyond what our licenses require us to do.

BEYOND Realty rejects racism of any kind and strives in both our words and practices to be part of the solution in bringing people together. We believe homeownership should be accessible for all people, and we are committed to helping make everyone’s homeownership dreams a reality.

What you can read next Bay View Milwaukee: What could beat living near Lake Michigan? 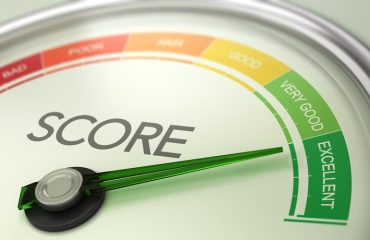 Is your credit ready for homeownership?